Wayne Christian was elected as our 50th Texas Railroad Commissioner in November 2016. Throughout his first term, Christian developed a strong record of fighting against frivolous regulations and standing strong for free markets and American Energy Independence!

Since taking office, Commissioner Christian has been appointed by Governor Greg Abbott to the Interstate Oil and Gas Compact Commission as the Official Representative of Texas. Through this role, Christian has been a national leader on the forefront of fighting against federal overreach, authoring and passing resolutions against the Green New Deal and CLEAN Future Act.

Prior to his time on the Commission, Christian was elected to the Texas House of Representatives as the first Republican elected from Deep East Texas since Reconstruction after the Civil War. He served as the President of the Texas Conservative Coalition and was a multi-term member of the House Energy Committee.

Christian graduated from Stephen F. Austin State University with a B.B.A. in General Business in 1973. After college, Christian found success in the music industry with his country/gospel band, the Mercy River Boys and went on to be finalist for a Grammy Award in 1979. Professionally, he owns and operates a financial services business.

Wayne Christian is married to his wife, Lisa, and together they have three daughters and five grandchildren and attend the First Baptist Church in Center, Texas.

Thank you to all the Nomads members and their guests who joined us for our August Social at Kirby Icehouse!

NOMADS works with other major oil and gas associations and petroleum societies in the Houston area to disseminate knowledge about the international oilfield, to help those seeking jobs in the Energy Industry, and to foster friendships for energy professionals found across a range of disciplines in the international Oil and Gas Industries.

NOMADS holds monthly petroleum society meetings in Houston, Texas. Our members help each other find jobs in the energy industry, opportunities in the international energy industry, and share ideas on the current status of the global oil and gas markets.

If you are an oil and gas professional in the energy industry who is seeking membership in a petroleum society, please contact us or stop by our next oil and gas association meeting in Houston.

We hope to have a representative from your company or project at our next NOMADS event.

Any other questions? Email us! 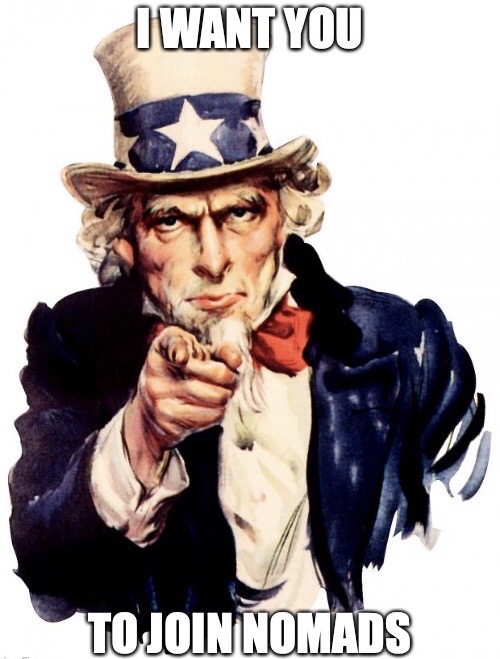